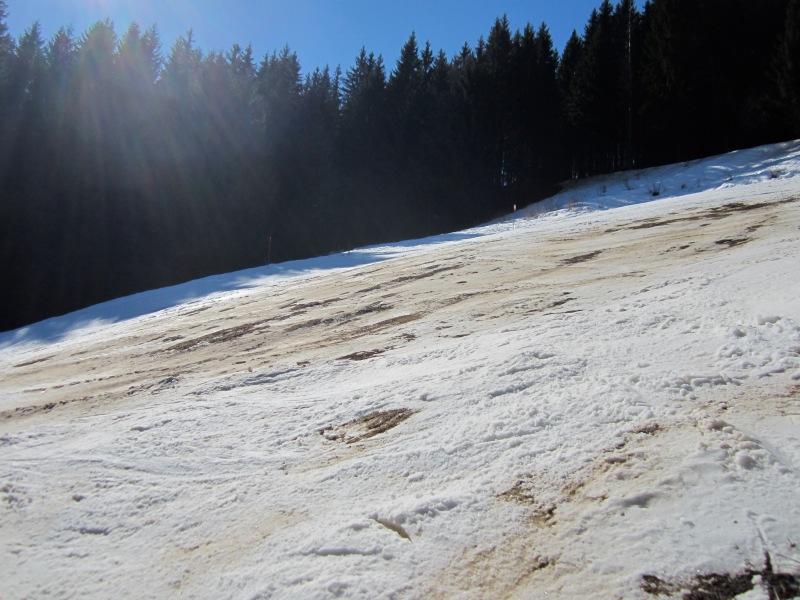 3 weeks of sunshine (and then the snow)

And just to give a perspective on the lead up to the dump of snow we had in the last two days, we thought we would put up a small gallery of some of the pistes and slopes we were riding in the 3 weeks of sunshine. Blue skies and brown snow…

Snow carefully placed just in front of the gate before the chair lift.

Brown snow (we thought Australia only had brown snow)

View from the first chair up the hill, with the second station in the sunshine.

The piste to Torgon

View from the house with the Morzine slopes showing plenty of grass and dirt.

And finally the snow came…

21 Mar This entry was published on March 21, 2014 at 5:52 pm and is filed under Uncategorized. Bookmark the permalink. Follow any comments here with the RSS feed for this post.